A Latin translation of The Bouquet has been introduced

The poem collection The Bouquet, written in the 19th century by Karel Jaromír Erben, belongs to the canonical works of the Czech literature and there is probably no Czech to be found, who wouldn't know it. However, not many people know it was translated also into Latin. The translation was written in the 80's by Jan Šprincl, a classical philologist and translator from Brno, nevertheless, it remained unpublished. Until now.

On Tuesday 13th November, during the international PhD conference Laetae segetes VI, there was introduced an unusual book: a bilingual Latin-Czech edition of The Bouquet, a well-known collection of poems composed by Karel Jaromír Erben. Although the translation has been published recently, it isn't a new piece of work. It was written more than 30 years ago by a former scholar of the Department of Ancient culture in Brno, who, above all, was famous for his translator’s work. However, he was translating not only from classical languages into Czech, but also the Czech poetry into Latin.

We can find his translations of poems by Šrámek, Vrchlický, Bezruč, Hálek and others. However, Šprincl translated their work only partly, as contrasted to the complete work of Otokar Březina and to the Erben’s Bouquet, that were translated completely by himself. The Latin translation of Březina was published in 2013, but The Bouquet was remaining in a typescript from 1985. It has been edited by Tomáš Weissar, the graphical layout has been done by Vít Boček. The translation itself is accompanied by illustrations drawn by Šprincl's former student and good friend Jiří Farský.

The book was introduced to the international audience by a short dramatical performance of three poems chosen from the work in Šprincl's Latin translation, as shown by the photos by Martin Kopáček: 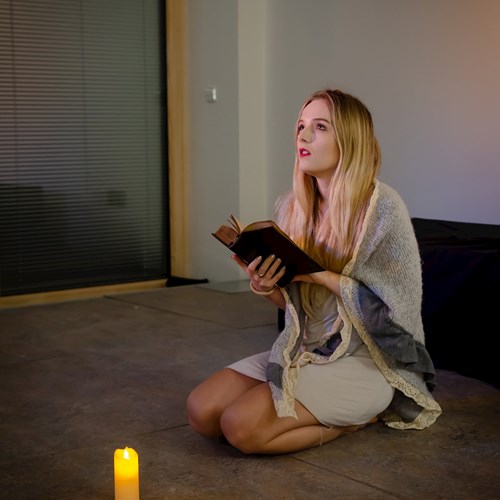